Research and Development of Early Editions

Founded by Howard Goldberg and Phil Wagreich in the 1970s, the TIMS Project remains at the forefront of current national efforts to improve the teaching and learning of mathematics and science in elementary schools. NSF funding of Goldberg and Wagreich’s work showed significant gains for students using their materials and teaching strategies (Goldberg, 1990). In the early 1990s, the team was awarded another NSF grant to develop a comprehensive mathematics curriculum based on the NCTM standards. This led to the first edition of Math Trailblazers, which was piloted and field-tested with NSF support.

The program has continued to evolve in response to changing standards and curriculum needs as the TIMS Project members and others continued to research implementation practices and student achievement. 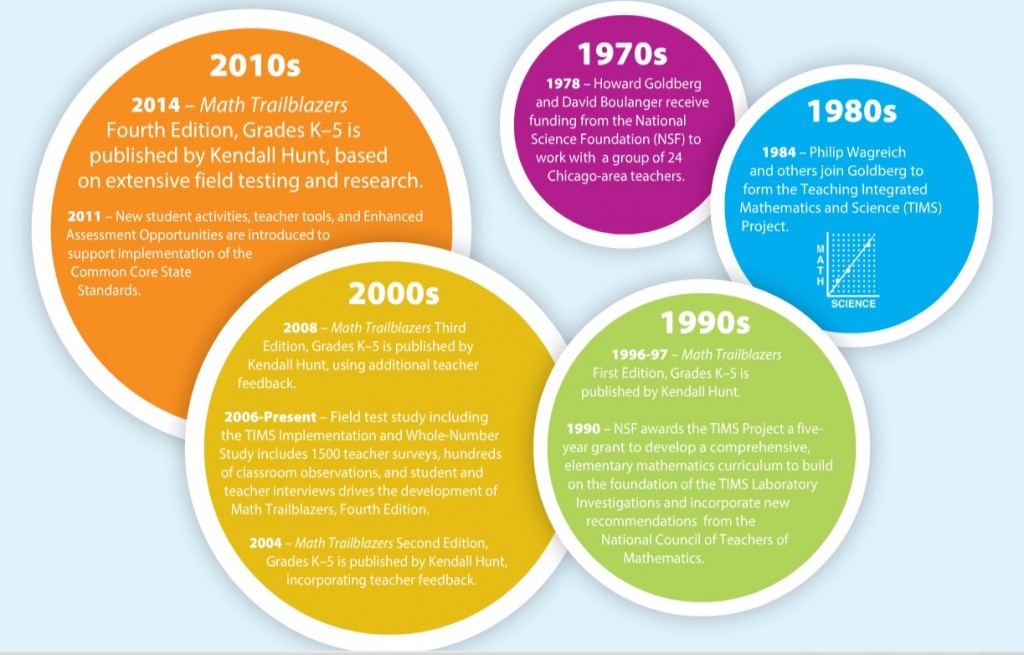